It’s Facebook official: I am the most awkward person in human history.  I have few talents, but I’d have to say that making people generally uncomfortable in my presence is my specialty.  What, you ask, has spurred from within me this God-ordained proclamation?

Yet another social interaction in which I made everything awkward and terrible.  You see, my Spanish class this afternoon was canceled, and I decided to head home early.  It’s a dreary, rainy, day, and so I decided to take a shortcut through some buildings at my university to minimize the amount of time I had to spend in aforementioned rainy and dreariness.  As soon as I stepped out of one building, I saw none other than my fiction writing professor.  Correction: my fiction writing professor saw me first, and then called to get my attention and waved.  And since I was already heading in his general direction, I realized I was forced to interact with him, which was bad news for two reasons:

However, unbeknownst to me, there was a third, and final reason that I should have feared.  “Are you going to the thing?” my professor asked, gesturing toward the building in front of us.

“What thing?” I asked, my eyes widening in what can only be described as pure liquid terror running through my veins.

Yep.  Earlier that week, I realized, he had sent the class an email about that exact thing, which was, in fact, an event in which some author (or maybe poet, to be honest I’m not totally sure which) came to read their work and talk about it.

“I forgot,” I said.  “I usually have a class just now.”  Then, before I could stop it, the next sentence came fumbling its way out of my mouth like a slippery soap bar.  “It got cancelled.  Maybe I’ll go?”

The building which housed the reading, in its concrete and washed brick splendor and glory, was fast approaching.

“You don’t have to go just because I ran into you on the sidewalk,” my professor said.

“Yeah,” I said, “I actually have something to do, now that I think about it.”  Like turn in the essay for your class due in an hour.

“See ya!” I called, and prematurely veered left for the sole purpose of avoiding him, before he could bring up the essay. 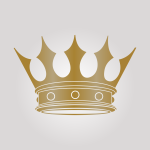 “Bye, Anna,” he said somewhere a little behind me and slightly to my left.  Before long, I had lost him, and I was by myself, wallowing in the February rain and cringing as the drops of water pelted my skin, crowning me the Queen of Awkward.

But what about you?  Are you awkward?  Do you wait until the last minute to turn in essays?  Comment down below and let me know.  If you’ve ever done anything cringe-y, like this article and follow my blog for the relatable content.  If you’ve never done anything awkward…just comment and tell me your secret.  Cheers or whatever.