An Open Letter to My Younger Self

I generally avoid giving advice – I usually manage to spill coffee on myself on a weekly basis, and sometimes I forget to look before I cross the street.  But I’ve made it this far, and, seeing as I’m about to turn twenty, I’m going to give you, young me, some advice I learned during my teenage years.

And it’s bullshit.  All of it.

If you want to do something hard, like go to grad school or get straight A’s or start a blog or much of anything else, easy and fast won’t cut it.  It’s a mythical idea that exists within our society.  Getting stuff done is hard.  College is overwhelming and insane and difficult.

And it’s one of the best things that will ever happen to you.

The next time you hear people talk about passion, understand that they are probably wrong.  The way most people talk about it, it sounds as if passion is something that you never get tired of, something that never feels hard or challenging.  And that’s a nice idea, I think, one that’s been passed on through human history.  Dr. Frankenstein obsessively cultivated his monster, and Wesley loved Princess Buttercup without stumbling upon a hint of doubt all those years as a farm boy. 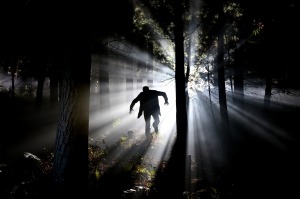 You want to get an A in that class?  Then read the textbook, go to class every day, and study in advance.  Don’t compare yourself to anyone else, but pay attention to them.  Find out what they’re doing, and then take it one step further.  Sometimes the most successful person isn’t the smartest, or the teacher’s favorite, but the person that is willing to buckle down when everyone else is unmotivated.

Want to keep friends and make your relationships with them better?  Then ask them how their exam they were worried about went, how their vacation was, or how their baby brother is doing.  Find ways to hang out.  Make the effort to stay in touch when you can’t.

And the rest of it?  The things that you are not willing to put time and energy into?  Don’t.  You do not have to do Speech Team if you can’t stand anyone on the Speech Team.  You don’t have to read books you don’t like.  You don’t have to spend time with people you’re not a huge fan of, because you have a finite amount of time and energy and it’s sucky when you put a bunch of it into something that isn’t rewarding.  Oh, and that boss you’re going to have your senior year of high school that yells at you regardless of what you do?  Quit.  Do something else.  Don’t take shit when you don’t absolutely have to. Because you’re going to have to take a lot of that anyways, for the things that are worth it.

And speaking of those worthwhile things?  It’s okay if they change, because they will.  You wouldn’t believe it, freshman-year-of-high-school-Anna, but I have no desire to be an actress anymore.  Even though you got that killer part in the eighth grade play.  Even though you were sure it sounded great.  I traded that ‘dream’ in for a much less glamorous one – a clinical research psychologist. 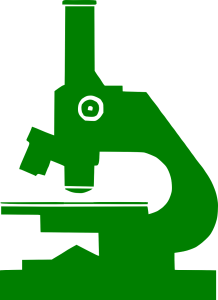 About dreams, small me, while we’re on the topic: they’re a myth.  There’s this idea that each person has one calling, one career or one person that they are destined for, and that they would be absolutely miserable without.  But I don’t think that’s true at all, and I’m pretty sure that there are a thousand happy lives each person could live with a thousand different jobs and a thousand different people.  Don’t focus on dreams.  They are an idea invented by the hordes of slimy motivational speakers and self-help authors that have to say something to convince people they’re unhappy, because repeat customers entail job security.  Instead, focus on what’s in front of you.  Try out a million different identities, read about jobs far and wide, and keep working on the Things That You Are Willing To Work Hard For.  When you think you might like something, try it.  Because here’s another little secret: No one is going to discover you.  No one is going to see some hidden potential within you and take you wherever it is that you want to go.  If you want to do something, arrange for it.  Apply, talk to the person in charge, and ask questions.  And if you find out it’s something that You Are Not Willing To Work Hard For, then wish everyone a nice day and move on.  If you like something but it’s hard sometimes, so is everything that’s important.  So work for it, and be nice to yourself when you fail, so you can pick yourself off the ground and go fail at something else until one day you don’t.

Oh, and pro-tip: Stop wearing flare jeans.  (What do think it is, the sixties?)