Ransacked and Lived in

She looked at the room with tired eyes – the kind that felt worn out, like maybe there were just lumps of coal in the sockets where her eyes were supposed to be – and she wondered.  She did it lazily, because the blood in her veins and arteries was thick like maple syrup, and her eyes were rocks and her thoughts, for once, were not tornado-like.  She felt like she had just been born.  Well, maybe not like she was just born, and was a screaming infant or newly baptized Christian staring at a stained-glass depiction of Jesus Christ, but rather like she was some poor sod who had accidentally stumbled into existence and didn’t really know what to do about it.  She squinted at her room.  It looked inhabited, and by inhabited, she meant ransacked.  The bed was unmade, for one thing, and the blankets were all shoved to one side of the bed, and pillows were strewn about the floor and the length of the bed.  There was an opened suitcase on the floor, with clothes and hair products were spilling out of it.  There were binders and books and posters and sticky notes and, she realized, her feet were resting on a backpack full of more binders and books and sticky notes.  The place was very clearly lived in. 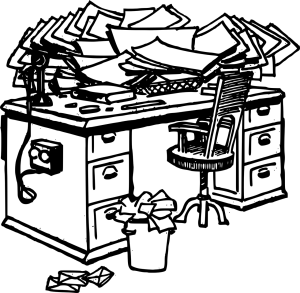 It just felt like it was lived in by someone else, and not her, and that the other person was going to come back at any moment, and take over again, with her tornado-like thoughts and undying energy and militant, steadfast belief in academic rigor, purpose, and achievement at any cost, and let the poor stranger inhabiting her body slip back into sweet, sweet nothing.  A nonexistence that was liquid black like ink and felt like the phase of sleep where you flip in and out of consciousness at your free will, until eventually you tumble past the point of no return.

Somewhere in her mind a quiet but persistent voice said that dissociation happened when people were feeling anxious, and she dutifully and persistently ignored it.

Her room was not truly quiet, but it felt like it was.  There was background noise.  She could hear traffic and even sirens, in the distance.  She thought these sounds were the loneliest sounds in the world.  Outside of her little room was the rest of the world, and she was tucked safely away from it.  She could hear the sounds of people in their tiny cars tucked away in their tiny brains thinking their tiny thoughts.  People live in bubbles, said one of her own tiny thoughts in her own tiny skull.

She knew that if she was, by any stretch, a normal person, she would have taken a shower and gone to bed and expect to wake up feeling like a person that had been existing for a while and not like someone who might have slipped into life by accident.  But if that were true, she figured, she wouldn’t be writing about herself in the third person.  Actually, she would’ve never pulled out her keyboard in the first place.